Office Freedom are excited to be welcoming Kevin Tewis Allen to the Office Freedom family. We caught up with Kevin to find out what we could learn.

What are your interests and hobbies?

I love training hard at the gym but haven’t been much since my baby boy arrived in April this year – it feels a lot longer! Otherwise I enjoy writing and have just completed my first book which is officially classed as ‘fantasy’ – think Lord of the rings and you won’t be too far off the mark. I have a literary agent but books can take years to be published so I can’t sign any copies just yet 😊

As the CMO at Street Soccer Foundation and help support rehoming teenagers and getting them back to work, currently we have 100% success rate and working with 17 Premiership Football Clubs.

What is one interesting fact about you?

I created Winston the Churchill Bulldog when I was a teenager – he’s still the face of the insurance brand 27 years on. That’s 189 years in dog years, we use the same botox clinic to stay young! #OHNO!

What is your career background?

Music, music, music!I did nothing else as a teenager working out what the formula was to how to make a hit record and why some records would stay in the chart for 20+ weeks at a time. No one believed in me including my parents so once I started working, I saved up, brought DJ decks, took myself to performing arts school and bought a recording studio. My first top 10 hit was in 1997 (God I feel so old) and was signed by DJ's Pete Tong and Judge Jules called Josh Wink - higher state of consciousness. The irony is I hated it then and do now, but it set my career off on the right track and so I'm very grateful.

It sold 500,000 copies, earning me a gold disc. 170+ productions later, 13 no.1's, 20 million records sold and BBC1 radio record producer of the decade, I hung up my head phones in 2008 with my last no.1 Usher, Love in this club. In 2009 , I qualified as CIM Marketer back at university and have been on the corporate side ever since - yes! That means I finally got a real job. 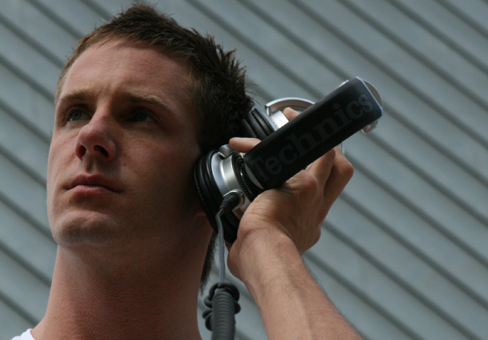 Why did you choose Office Freedom?

Well, Jon found me to be fair and asked me to come in for a coffee - which lasted about eighteen minutes and he said, can you meet the CEO next week - the rest as they say is history!

What are you looking forward to the most while working at Office Freedom?

Creating a killer brand, fostering a culture of innovation across the teams that I am responsible for, growing the London market, then global business – then winning industry awards.